We are not after getting reviews from magazines, but sometimes it happens that we meet some journalists interested in our products… then something goes on paper and on web

We were officially not there: Bologna

14-04-2014, 12:55Event, Italy
On the 14th April, we participated to a private HiFi United dealer and distributor event in Bologna. The private event has been organized by Octave and Blumenhofer Acoustics and was aimed at showing off their products to the italian dealers. We were just a tool that has been used because Blumenhofer invited us to support his event. There we had the possibility to test our products in this challenging environment. As usual the look of the Genuin FS 2 polarized, but it was a great sound. As usual our products and most of all our Power Harmonizer contributed considerably to the overall result.

Well... I know that it can play much better, but it was great!! Here the pictures about the event. 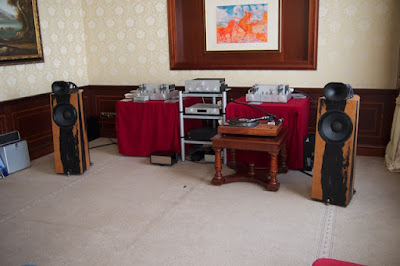 We respect the privacy of our customers.
We do not sell customer's data.
We anonymise the requests to other servers.
We…
Here more information